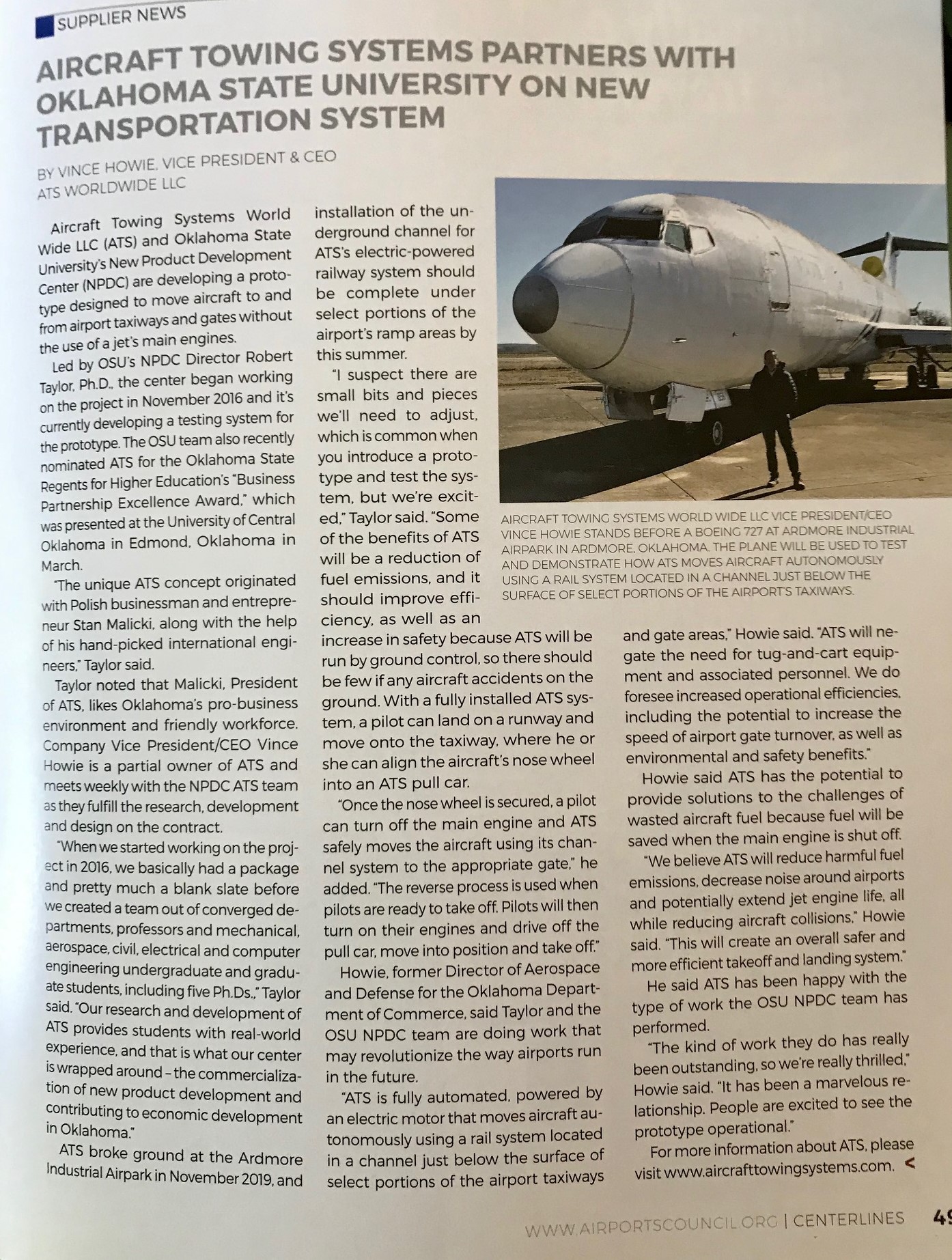 Aircraft Towing Systems World Wide LLC CEO/Vice President Vince Howie recently bought the company an abandoned Boeing 727 located at the Ardmore Industrial Airpark in Ardmore, Oklahoma. Last week, he, one of his two daughters, Abby Pogorzelski, who, like her father, is also a part-owner of company, and Howie’s son-in-law, Bill Pogorzelski, all climbed aboard the 727 to discover the plane’s interior. They entered through the emergency access door because it was the only way available to the back of the plane.