by greatly reducing aircraft collisions with other aircraft, structures, ground equipment around ramp areas and on taxiways. Each year there are several hundred aircraft collisions that occur during taxiing. Fortunately, most of these accidents do not endanger passengers’ lives, but they still have a negative impact on the daily operations of the airport, airlines and passengers. These collisions also cause huge financial losses ($50 Billion U.S. annually) and disrupt airport operations.

FIVE PERCENT OF AIRCRAFT FUEL CONSUMPTION WAS USED FOR TAXIING

Approximately 4 million liters or 1 million gallons per day or 1.46 billion or 385,000 gallons per year were consumed by aircraft during taxiing.

The following amounts of gases were released into the environment during the aircraft taxiing procedures at three European airports. They include Frankfurt, Germany, Heathrow-London and Charles de Gaulle in Paris, France

Approximately 997.8 million liters or 264 million gallons of fuel are used during aircraft taxiing procedures at the Frankfurt, Germany, Heathrow-London and Charles de Gaulle in Paris, France. The above figure is true provided that each taxiing procedure does not exceed 10 minutes.

If ATS is implemented the fuel costs savings at the three airports will amount to 749 million EURO or $899 million dollars as of aircraft fuel prices as of Jan. 31, 2016.

By reducing harmful emissions, ATS will help to improve the environment. The global use of ATS could also play an especially important role in improving the environment worldwide. Airports can apply for government grants for environmental protections by implementing ecological-improvement systems such as ATS. The emission reductions may be monetized by converting the savings into emission credits and selling them to companies paying fines for emission violations.

Significant reduction in aircraft fuel consumption, due to not operating engines during taxi under ATS, translates to dramatic reductions in harmful emissions emitted into the atmosphere. They are as follows:

The table below shows savings in emissions of different harmful substances:

One of the major advantages of implementing the ATS system to transport aircraft at an airport is significant fuel savings. Aircraft main jet engines (on medium and large airfields) burn an average 35 liters or 9 gallons of fuel per minute. For example, taxi time at Frankfort Airport averages 16 minutes per flight, which translates into burning approximately 560 liters or  about 150 gallons of fuel for every aircraft movement. Utilizing the ATS system allows the aircraft to power down the main jet engines shortly after landing and conversely, aircraft are not required to use their aircraft main jet engines until reaching the runway for take off and only perform the required engine run-up just prior to takeoff which average 3-5 minutes. Depending on the type and size of aircraft, fuel usage for 1 minute of taxiing is 20-70 liters or 5-18 gallons  per minute. Average fuel usage for passenger aircraft is 35 liters or 9 gallons per minute while taxiing. Prices of fuel have a significant impact on the amount of savings from fuel usage; see graph below. 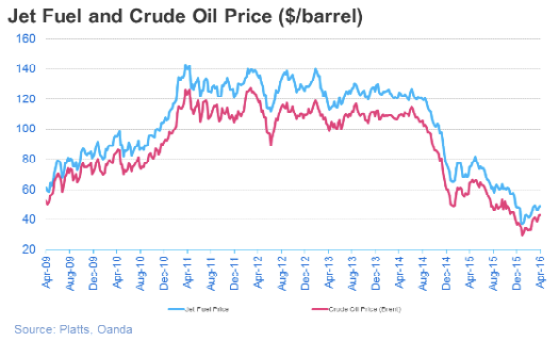 Emission of toxins during taxing (1 day/worldwide)

After installing the ATS system, emissions will be reduced by 90%

ATS is a fully automated system, airports can significantly reduce personal and ground support equipment costs, including the replacement of tug vehicles.

ATS INCREASES THE CAPACITY OF THE AIRPORT

ATS greatly reduces the negative consequences of human errors by optimizing taxitimes, gate-pushback (no stops after pushback) and eliminating congestion on taxiways. Gate crews will not be needed to dock or marshal aircraft, which will reduce wait times for gate operations. ATS is an all-weather system able to operate during adverse weather conditions such as rain, fog, ice and snow. Taxi speeds, right of way and the distance between planes are constantly recalculated by the ATS system to optimize movements.

Airlines should see increased jet engine and component life because pilots turn off their main jet engines during taxi. ATS uses an electro hydraulic pullcars to transport aircraft to and from runways and gates via taxiways.

ATS will significantly reduce jet engine noise at and around airports by allowing pilots to turn off their main jet engines while aircraft are being transported to and from runways, taxiways and gates.